A few weeks before election day in Canada, Justin Trudeau’s Liberal party expressed: “In British Columbia, we will work with the province to develop a responsible plan to transition from open net-pen salmon farming in coastal waters to closed containment systems by 2025”.

The British Columbia Salmon farmers Association calls the plan “destructive” and “careless” in a press release. “What’s more, while closed-containment salmon farming has been successful at a smaller scale – and research continue – no-one in the world has successfully raised a large number of salmon in a commercial-scale land or sea based closed containment operation. The technology is currently developing and we certainly anticipate closed containment systems will play a larger role in the future.“

A forceful phasing out of open net-pens without viable alternatives, is not a good option. The industry needs time and support to adapt. But we are optimistic that a future including seabased closed containment systems are brighter and closer than most expect.

The Aquantum Leap is literally a quantum leap in fish farming. It consists of two complementary solutions. Aquantum 12K which is optimized for post smolt production and Aquantum 500K optimized for larger fish. Aquantum 500K holds a volume of 500.000 m³ and just one of them can hold 1% of Norway’s total salmon production. Closed containment, large scale production and automated operations represents a different reality than fish farming today. While it requires substantial initial investments, our cost estimates show that the cost per produced ton holds up in comparison, even with large open net pen systems, both capex and opex. Read more about Aquantum Leap 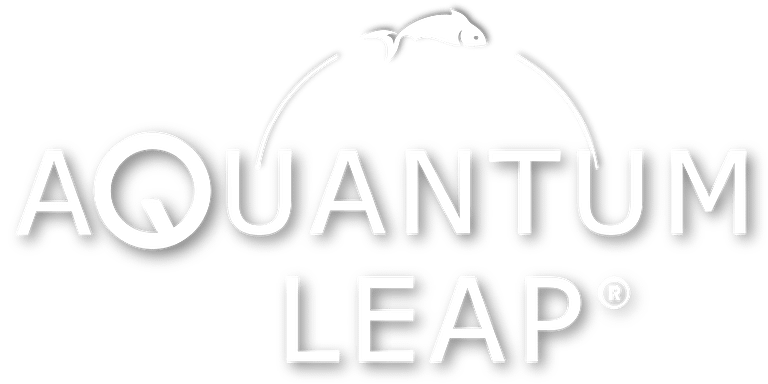 The Aquasafe is a closed steel cage particularly well suited for post smolt production and for containing fish waiting for slaughter.

The Aquasafe can be lifted completely out of the water using a patented lifting system based on compressed air. This facilitates cleaning, disinfecting and maintenance on site. In raised position the cage can be moved to another site.

Read more about the Aquasafe.