Aquatraz: “We may have solved the Gordian knot”
Revolutionary water replacement. Midt-Norsk Havbruk and Seafarming Systems are now in their fourth and final phase for Aquatraz. The fourth generation was designed to accommodate 3,000 tonnes of salmon, with a density of 50kg per m3. Originally, the fourth generation was to be contracted in December… 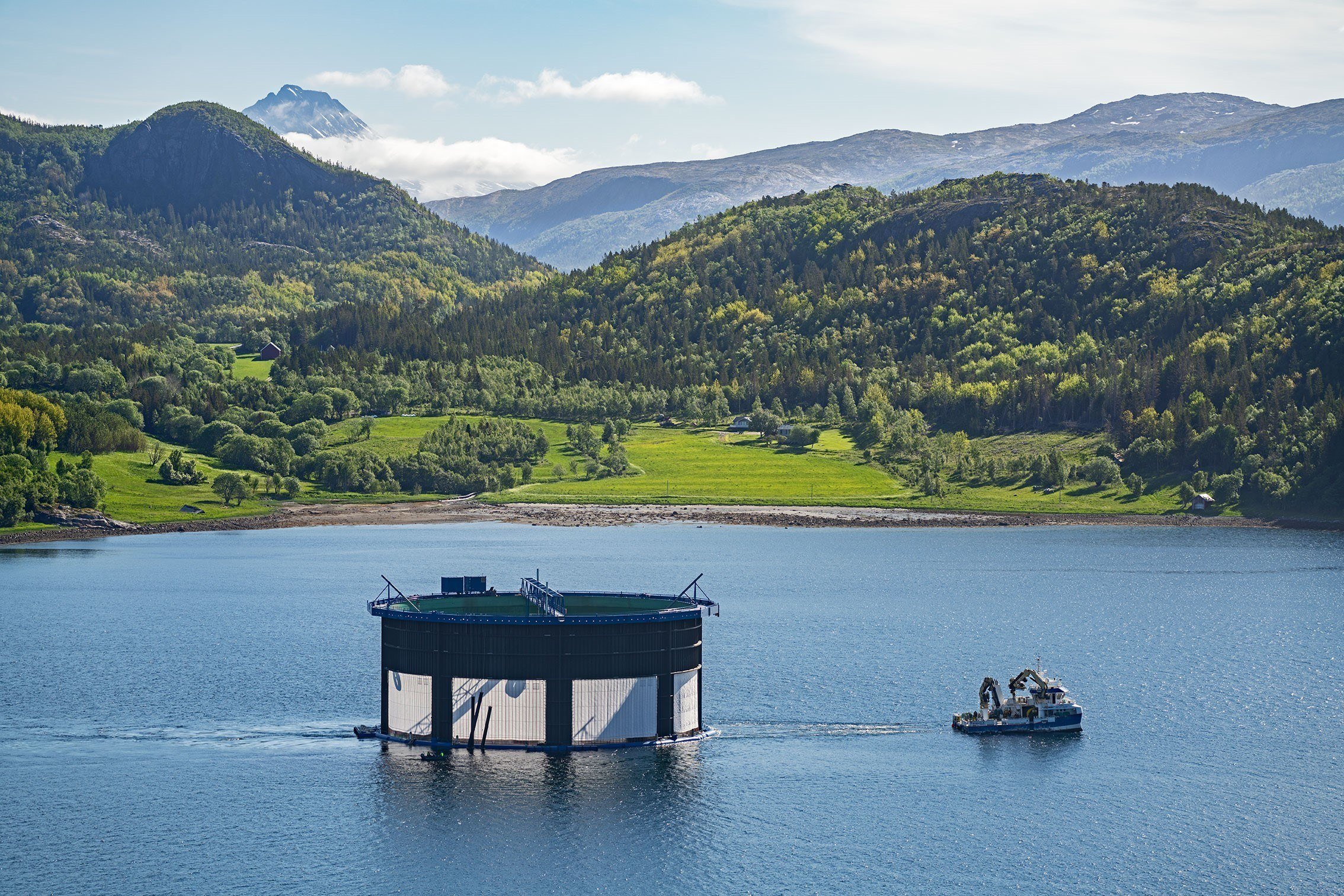 Aquatraz given deeper lice skirt and better water flow – FishFarmingExpert.com
The makers of the “Aquatraz” salmon cage in Norway have substantially increased the depth of its lice shield from eight to 18 metres for the third-generation cage, and plan to make it even deeper for the fourth and final iteration. 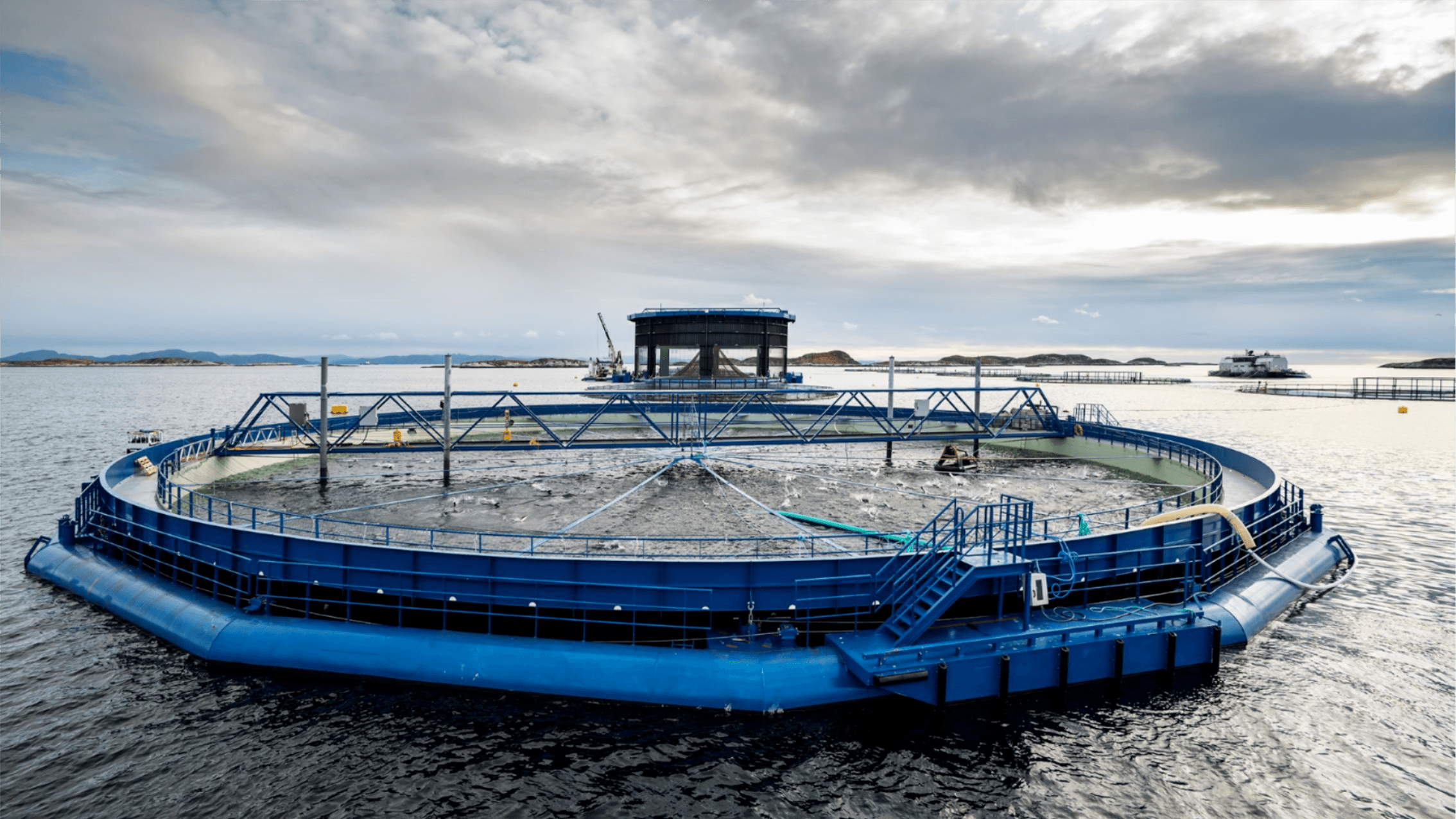 Lice skirt and more power for third-generation Aquatraz – FishFarmingExpert.com
A third iteration of the Aquatraz cage will be delivered to Norwegian salmon farmer Mid-Norsk Havbruk at the end of this month. 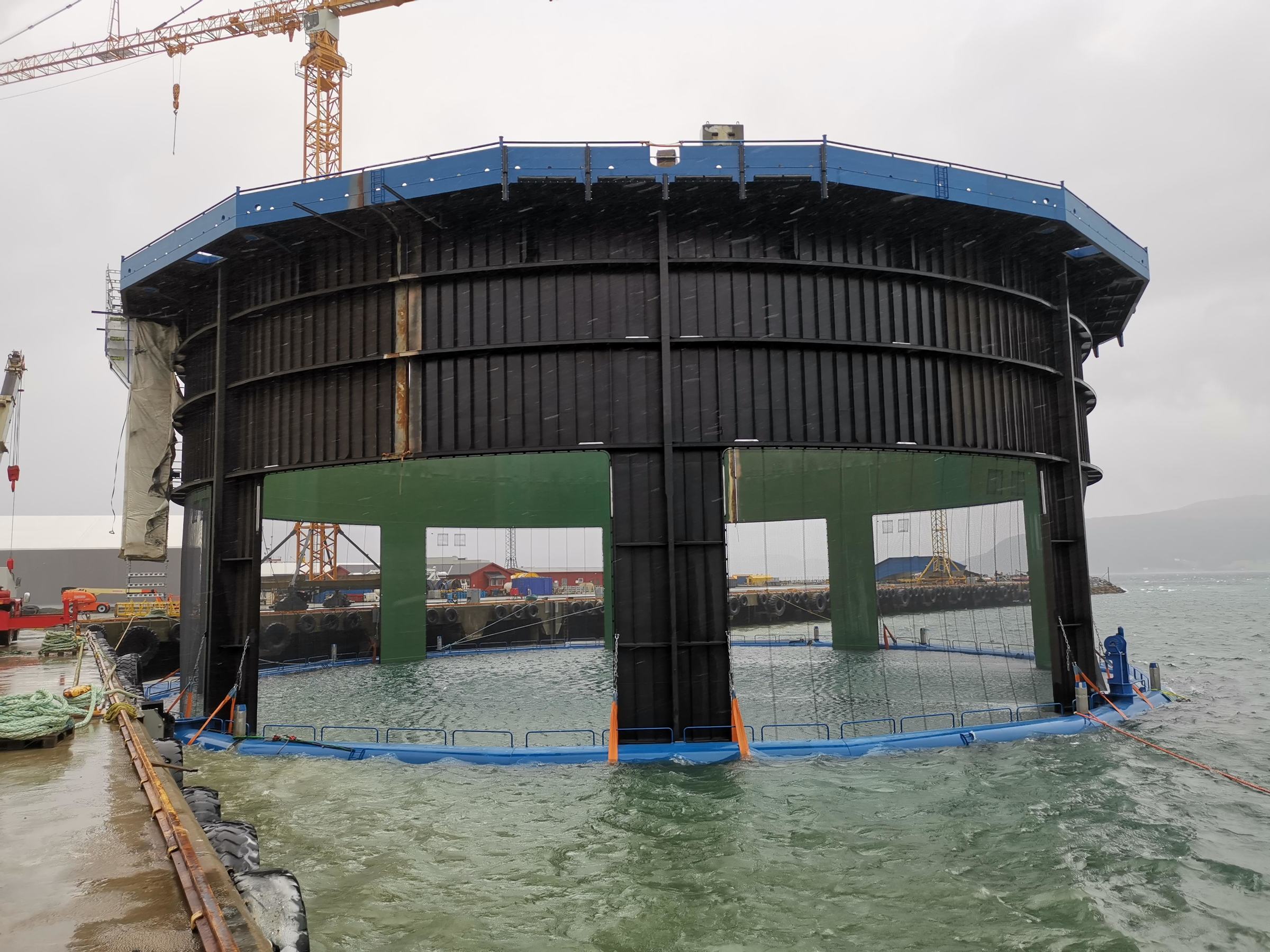 The jailhouse rocks! Aquatraz No.3 is launched after trial success – FishFarmingExpert.com
The third Aquatraz cage built for Norwegian salmon farmer Midt-Norsk Havbruk was launched yesterday and will be delivered to the company at the end of the month. 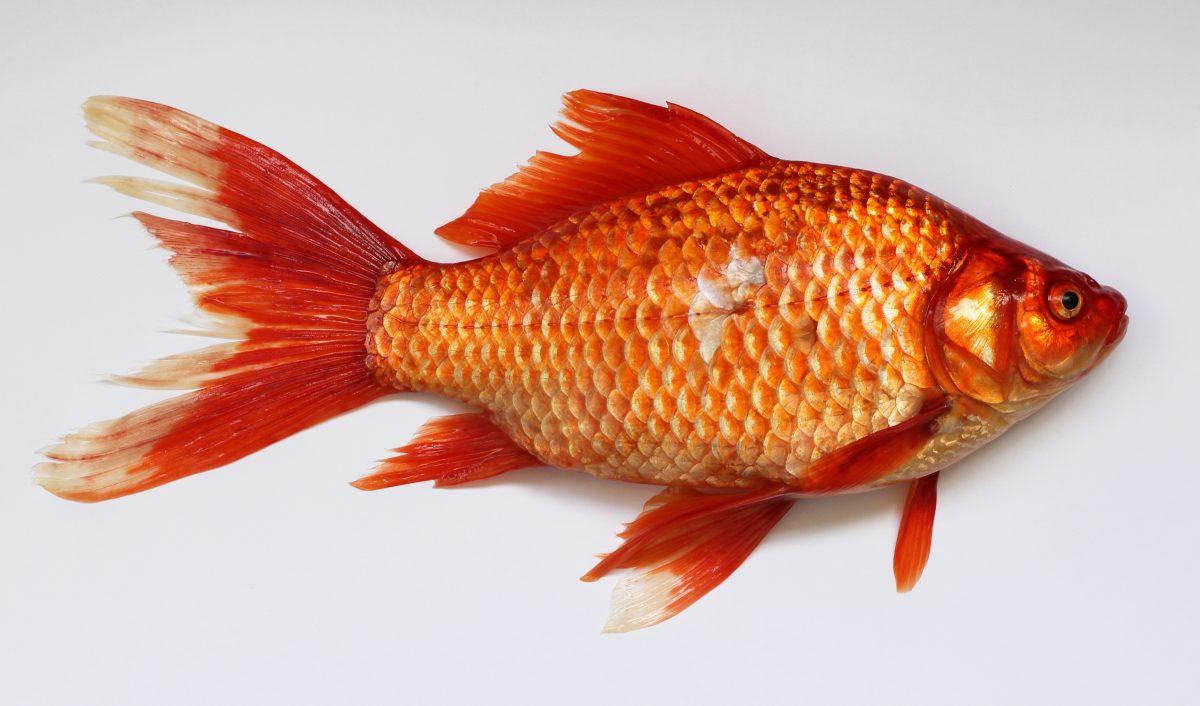 5 Innovations In Aquaculture Worth Catching On To Now
Tremendous opportunity exists right now for those interested in investing in “aquatech” solutions. This article takes a look at five key areas and how several forward-thinking companies are meeting them head on.

Aquatraz has delivered its first harvest
The semi-closed cage built for Norwegian salmon farmer, Midt-Norsk Havbruk, has delivered 181 tonnes of salmon. In October last year, Aquatraz salmon farm was filled with around 190,000 fish. After just over seven months of operation, last week it was ready for history’s first delivery of harvesting… 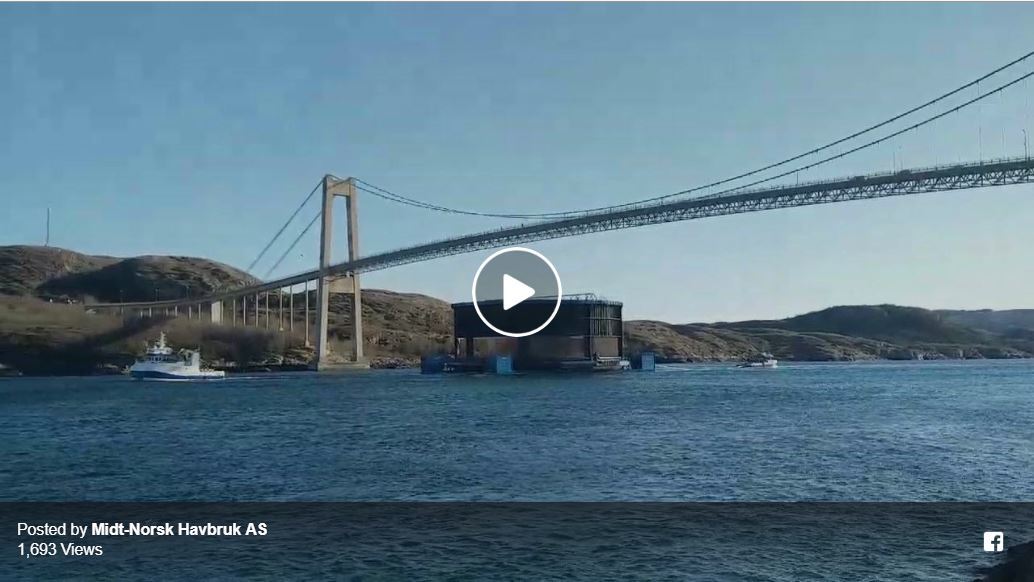 Aquatraz 2.0 to be delivered next month – FishFarmingExpert.com
Norwegian salmon farmer Midt-Norsk Havbruk (MNH) will take delivery of its second Aquatraz semi-closed cage next month, with two more due later in the year.

Aquatraz has delivered its first harvest
The semi-closed cage built for Norwegian salmon farmer, Midt-Norsk Havbruk, has delivered 181 tonnes of salmon. In October last year, Aquatraz salmon farm was filled with around 190,000 fish. After just over seven months of operation, last week it was ready for history’s first delivery of harvesting… 180,000 fish placed in first ‘Aquatraz’ – FishFarmingExpert.com
The Norwegian owner of the experimental “Aquatraz” cage was yesterday expecting to complete the transfer of the first salmon to be tried out in the facility.

“Aquatraz” salmon farm filled with 190,000 fish and in operation
The semi-closed cage built for Norwegian salmon farmer, Midt-Norsk Havbruk, was put into operation today. AQS, one of country’s largest suppliers of service and diving services, dropped the information in a post on its website. The company had been performing checks on the “Aquatraz” structure which… 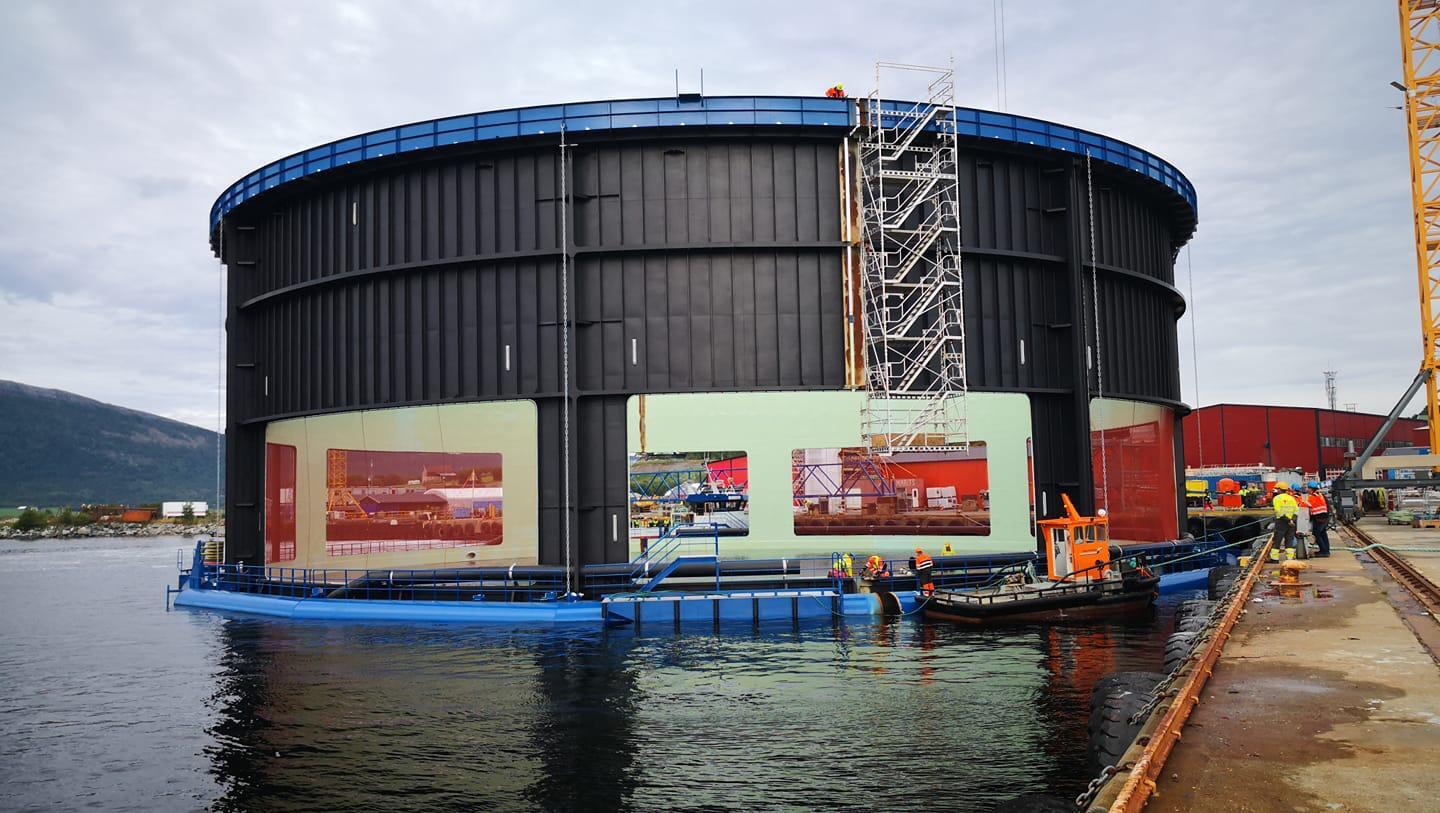 Aquatraz undergoes final tests before deployment – FishFarmingExpert.com
The first Aquatraz semi-closed cage built for Norwegian salmon farmer Mid-Norsk Havbruk (MNH) is undergoing final tests and will be delivered to a farm site in the next few days. 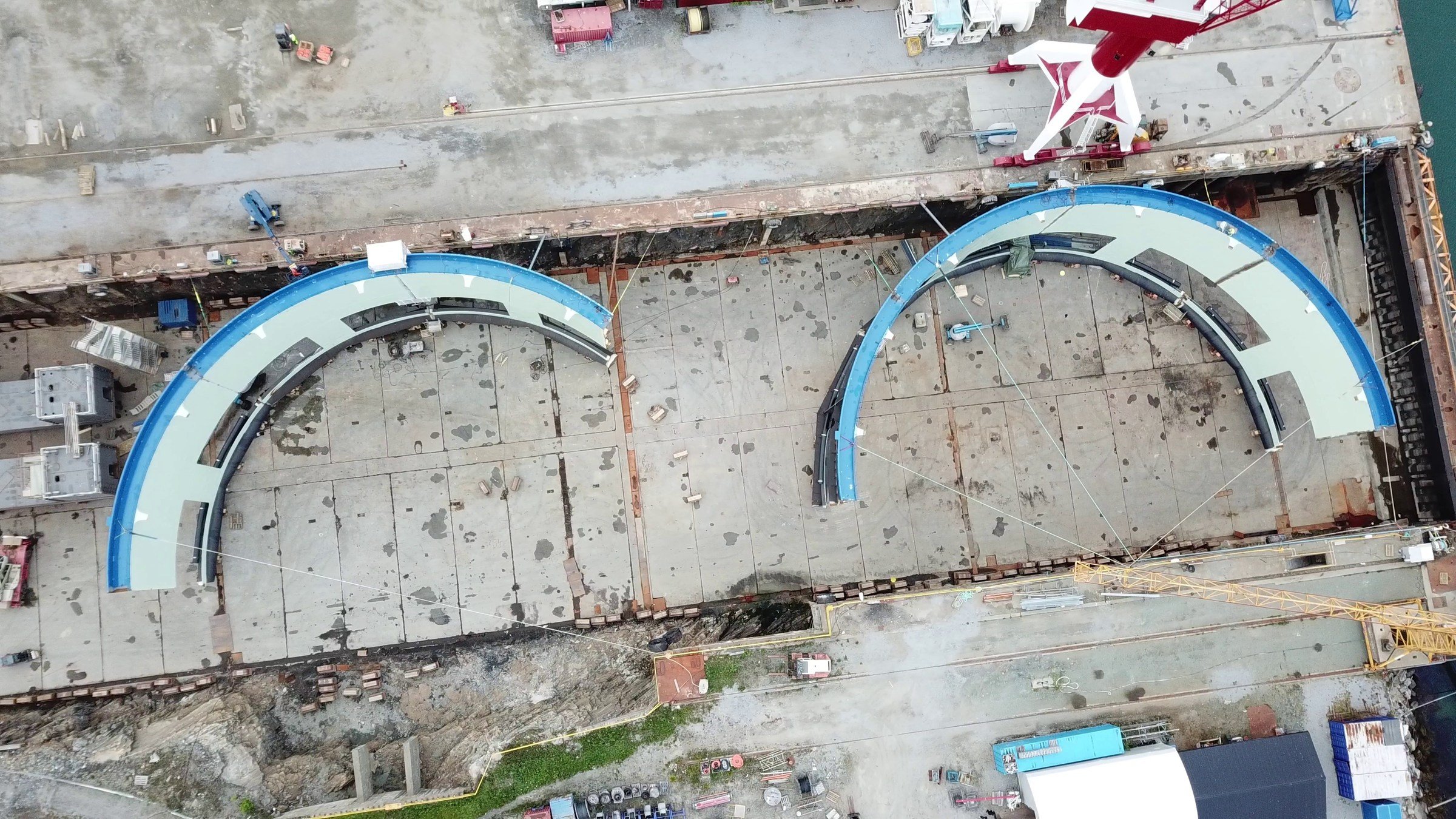 Shipyard secures options on Aquatraz builds
Norwegian outfit MNH Produksjon, with roots in Norway’s earliest aquaculture enteprises, is understood to have agreed contract options with locally based Fosen Yard to build three Aquatraz trial pens at Kvithylla in Trondelag county. The contract could signal builds worth NOK 120 million, and the bu…

Nutreco takes 40% in $145m Aquantum Leap
The initiators of Aquantum Leap, Norwegian company Seafarming Systems, believe the concept could be a huge leap for the aquaculture industry. The company has applied for 24 development licenses. Nutreco has taken a 40 percent stake in Norwegian farming concept Aquantum Leap. The development process … 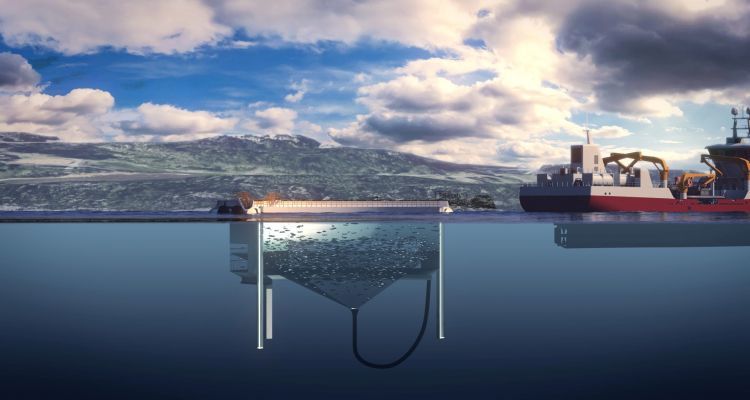 Plans drawn up for salmon ‘prison’ – FishFarmingExpert.com
Details of a new cage concept, which has been designed to help reduce lice treatments as well as stress on farmed salmon, have been revealed.